Sometimes animals are surrendered, or found, that have medical conditions that require alot of care. We rehabilitate these animals and address their medical conditions. We are showing you some before and after photo’s of some of the lucky animals that have been adopted. 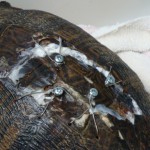 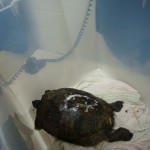 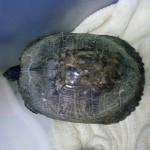 Dr. Tysor picks up the animals in the road that others leave behind. This turtles’ shell was smashed. After some screws and epoxy she is better now. 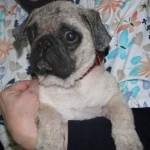 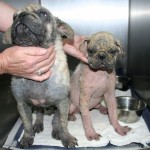 These pugs had demodex mange. With baths and meds they were able to find a home. We knew underneath the crusty skin there were 2 cute dogs wanting love. 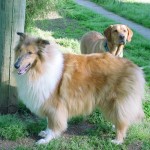 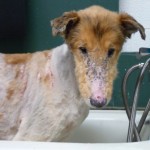 Patches was neglected and had some serious skin issues. It took many months but now he has learned to play and his skin has healed. His feet were so raw he had a hard time walking, now he can run and play with his buddies! He was adopted by Lin, a Tysor vet employee! 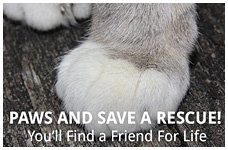